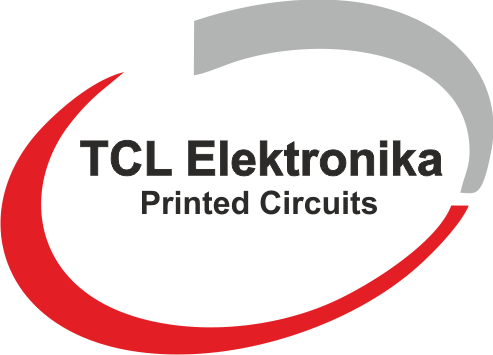 There are several terms to define this category of printed circuit boards, such as Metallic PCB, Insulated Metal Substrate (IMS or IMPCB), Metal Core PCB (MCPCB), Aluminium Clad, Aluminium Base, and more. Although apparently different, all these definitions refer to the same type of PCB, whose technical characteristics and benefits are identical. Compared to traditional FR-4 epoxy glass-based PCBs, metallic PCBs primarily offer greater heat dissipation, thanks to 5 to 10 times higher thermal conductivity and up to 10 times less thickness with respect to conventional architectures.The particularly efficient transfer of thermal energy allows metal PCBs to use exceptionally light copper layers, reducing both costs and thickness of the solution.

Metal PCBs are composed of a dielectric layer capable of offering high thermal conductivity (and therefore high dissipation), a metal layer and a copper film with high heat dissipation capacity and mechanical strength, used for circuit lithography. The most widely used materials for metal layer fabrication are aluminium and copper, but stainless steel can also be used in some applications. Copper offers superior performance and electrical properties than aluminium, but its cost is relatively higher. The metal layer can be composed entirely of metal, or a combination of fiberglass (FR-4) and metal. Metallic PCBs can then be single-sided or double-sided, while the multilayer version is less common due to its high manufacturing complexity. In the case of a multilayer MCPCB, the layers must be uniformly distributed with respect to the inner metal layer;for example, in a PCB with 12 layers, the metal layer will be placed in the centre of the stack-up, with 6 layers above and 6 layers below it.

Since metal can easily transfer heat by subtracting it from high-power components, typical applications of metal PCBs include power supplies, power converters, LED lighting systems and power circuits in automotive environments (headlights, lights, cooling, climate and more). This type of technology, in addition to efficient thermal management, allows to extend the components lifetime (such as LEDs), improving the reliability of the overall circuit. 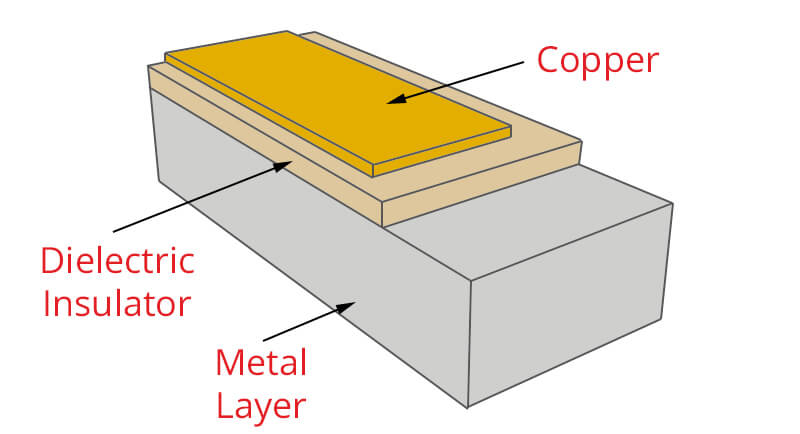 MCPCB technology, initially introduced in the 1960s for high power applications, is today widely used in applications where a reduced operating temperature must be kept. The dielectric insulation material, which is the core of any metallic PCB, is designed to offer thermal conductivity (typically between 1W/mK and 9W/mK) much higher than that of the FR-4, allowing for efficient heat removal. The high thermal conductivity and the reduced thickness of the insulation layer (the standard measure is 100µm) allow a quick and effective transfer of the developed heat. A commonly used thermal conductivity value for the dielectric layer is 2W/mK, a much higher value than that of the FR-4. The best results are obtained by keeping the dielectric layer as thin as possible. In fact, this allows to minimize the path of heat dissipation from the points where it is generated up to the metal layer, which is several times more conductive, from a thermal point of view, than the dielectric material.

The structure of a classic metallic PCB is shown in Figure 1. The upper layer is formed by a thin copper film on which traces will be etched as occurs in conventional printed circuit boards. The typical thickness of this layer is between 1oz and 4oz, but it can also be greater. The innermost layer is represented by the dielectric material, whose function is to electrically isolate the metal layer from the copper film, while allowing rapid heat transfer between the two layers. Finally, we find the metal layer which, in most cases, is made of aluminium, with a thickness between 1mm and 3.2mm (the typical value is 1.6mm).

The main applications of metal PCBs include LED lighting, motor control in electric and hybrid vehicles, solid state relays, power supplies, converters, voltage regulators, solar panels, and photovoltaic cells. More generally, this technology is suitable for applications that require a lot of energy and, therefore, generate a lot of heat. If the PCB requires fast cooling, it is better to use a metal PCB rather than a traditional FR-4 substrate. Aluminium, the metal most widely used for the metal layer, has extremely helpful electrical characteristics, including excellent thermal conductivity, between 5W/mK and 2W/mK (Watt per meter Kelvin), high breakdown voltage (3kV and more) and high tensile strength.

MCPCBs are one of the PCB options with higher thermal conductivity. By keeping the heat away from the power components as much as possible, they avoid possible damage to the circuit, being able to handle high density circuits with higher power levels. Aluminium is one of the most used materials for this type of substrate: in addition to its electrical properties, aluminium has the advantage of being recyclable and of low cost. Metal core PCBs transfer heat 8 to 9 times faster than PCBs made with FR-4. The dielectric layer must be very thin to create the shortest path from the heat source to the supporting metal plate. Its thickness is normally between 0.003 and 0.006 inches. As an example, consider that a test conducted on an MCPCB with integrated 1W LED showed how its temperature remained close to the ambient temperature of 25°C, while the same power LED mounted on a FR-4 board reached a temperature 12°C higher than the ambient one.

The recent and rapid development of LED technology, especially with high power LED lighting, has raised concerns about heat dissipation. Since they are usually mounted directly on the PCB, these LEDs can create stability and reliability problems for the circuit. Without adopting the right technique, heat dissipation can hinder the performance of electronic devices that run at high power. The use of metal PCBs in these applications effectively solves this problem. In addition to ensuring a high durability, aluminium is exceptionally light, and adds strength and resilience to the printed circuit board without causing an increase in weight.

The size of a metallic printed circuit board remain more stable, as environmental conditions vary, than that of a PCB made with traditional materials, such as FR-4. Subjected to a heating process from 30°C to about 150°C, PCBs with metal layers (such as aluminium) have undergone a very small variation in size, ranging from 2.5% to 3.0%.

PCBs with metal substrates are lighter, last longer, and are more conductive than traditional PCBs made from epoxy materials. In addition, they are more environmentally friendly, as the metals used, including aluminium, are non-toxic and are easily recyclable. Aluminium is extremely easy to mine and refine, which makes it considerably less expensive than other metals. Consequently, the manufacturing costs associated with PCBs using aluminium substrates can also be reduced. Aluminium PCBs are also a cost-effective alternative to more expensive and bulky heat sinks. Notoriously, aluminium is a non-toxic and recyclable metal. In the chain that connects the producer with the final consumer, the use of aluminium in metallic PBCs contributes to the safeguarding of our planet.

Aluminium offers greater strength and durability than materials commonly used in PCB fabrication, such as ceramic and fiberglass. It is a very robust metal capable of reducing the risk of accidental breakage that may occur during the various stages of production, during assembly or during normal use of the final product. pics shows some examples of aluminium PCBs for applications in the field of LED lighting. 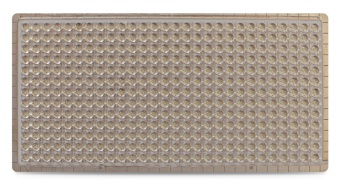 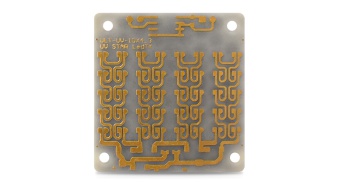 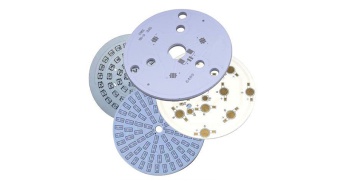